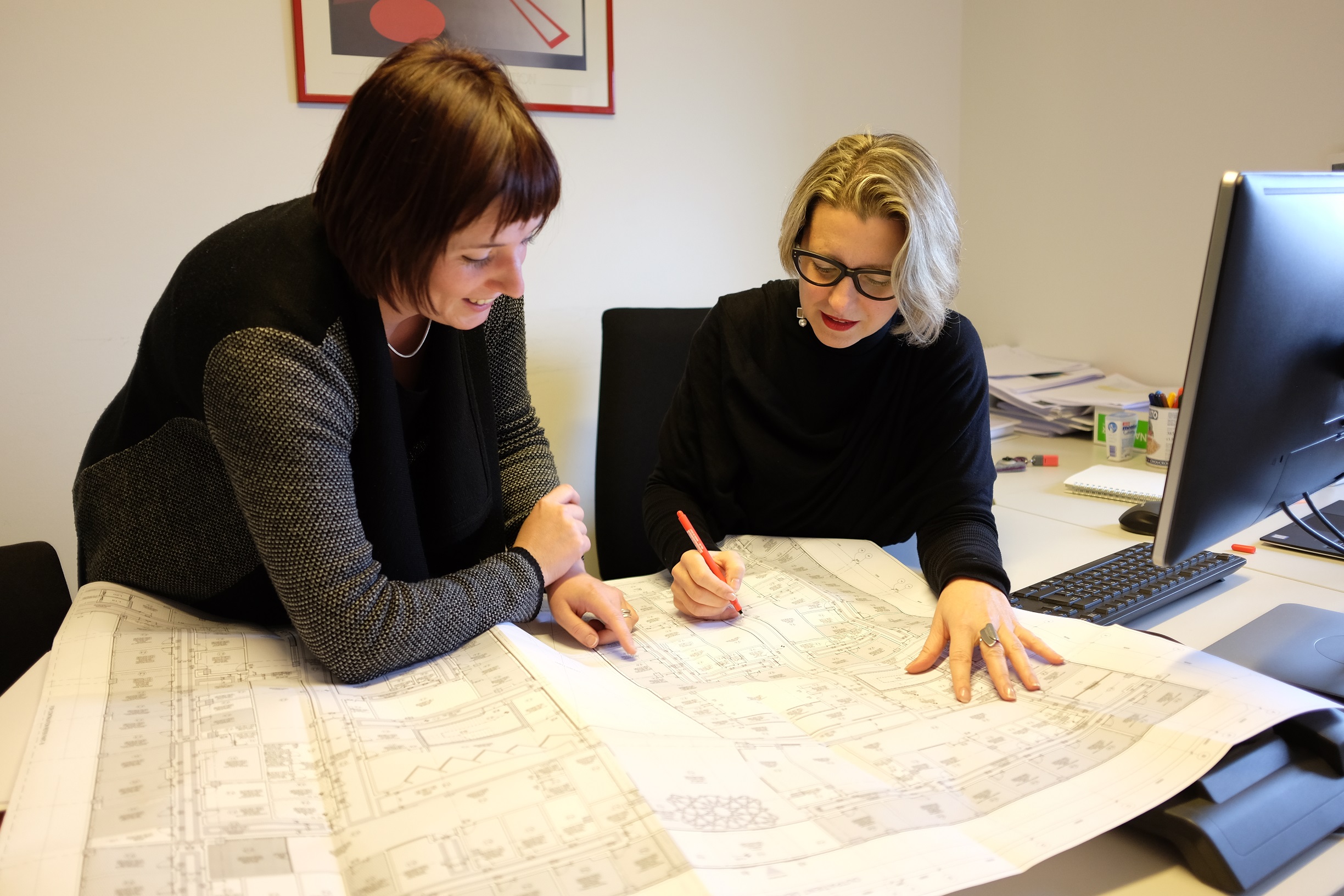 Among the news coming soon for STI engineering in 2019, a major appointment will be the Milan offices moving to the new offices in Via Crespi. The location is very central, in the Maciachini area, within a prestigious complex of offices owned by Generaly Real Estate, but the real added value of the new headquarters is something different. Architects Stefania Scarsini and Stefania Virgilio tell us more about it, as they followed the project since the initial, innovating idea that underlies the new offices: creating a user-friendly environment that reflects the personal values of the individual, translating them skillfully into spaces and avant-garde architectural and engineering elements

Why is this an innovative project?

The principle behind the new offices, explains Arch. Stefania Scarsini, was to involve all internal resources, from Management to designers and collaborators, as future users of the spaces, in identifying a set of guiding values that could inspire and direct the architects in the development of the concept.

This activity took place during some workshops, moderated by company coach Sandra Affinito, who has been working with STI engineering for several years on specific activities, with the aim of focusing on the fundamental values of each person both in the personal sphere (communication, respect, trust, honesty, socialization) and in the professional field (reliability, competence, humility, sharing), as well as organizational and operational needs (well-being, concentration, motivation, teamwork).

Later, also thanks to Studio Geza, that has been collaborating with STI engineering for years, these values have been turned into architectural choices and solutions, deliberately inspired by the urban planning of the fascinating Milanese district Brera, in the internal distribution of productive spaces, socialization areas and greenery.

This is an innovating idea in the world of engineering companies, since the concept of SMART WORKING is rearranged and reworked, not so much as to the working hours or organization flexibility, but for the customization of the working environment to the individual needs, to the work team and to the company brand.

What does it mean to translate values into a SMART concept?

Our company, tells Arch. Scarsini, has proved to be in opposite trend if compared with many other, more “traditional”, Italian SMEs operating in this field, and it is strong of a tendency towards innovation and change that has always distinguished us.

SMART inside STI engineering means not only flexibility but breaking the traditional working patterns and promoting innovation: we are all convinced that technology and digitalization have profoundly changed the way we work, as well as the operation and the physical and logical spaces inside the company. Our choice has been to make people more responsible and autonomous, not only about the possibility to adapt their schedules to business needs and vice-versa, but also allowing them to choose the place and tools to work with every single day inside the office. After all, you basically need a PC and a connection, everything else can be provided upon need!

Arch. Virgilio, more precisely how will the new Milan office be arranged?

First, fixed workstations disappear in favor of new spaces and common areas that will allow both open-space sharing and autonomy in areas dedicated to specific activities. There will be focus rooms, closed spaces suitable for brainstorming or to isolate and concentrate, as well as common areas conceived to facilitate information sharing, as well as relax areas.

The traditional reception, for instance, has been turned into a space that is more reminiscent of a hotel lounge, as an informal environment for meeting customers, suppliers and partners. There will be a Knowledge Area, which will give the opportunity to discuss the projects in an informal way, also involving the clients. The idea of a traditional meeting room has been abandoned: even those who are not directly involved in the project can participate by bringing a contribution of their experience.

Last but not least, the main highlight also in this new office will be the Immersive Theater, already present in the headquarters of San Daniele del Friuli and repeated here, as an area to navigate in immersive reality the projects we create, both with clients for commercial purposes, but also and above all as a daily work tool for our designers (See STI’s Immersive Theater).

How will this change affect the colleagues in STI?

Of course, it is a radical change from the old concept of static office work with a daily clock in and out, so stubbornly consolidated in the companies of the Triveneto area.

For it to be accepted, it is essential that change be shared at all levels. We started right from here. The biggest mistake would have been to force our Milan colleagues into an unexpected and unfamiliar space. For STI the winning choice was to involve all stakeholders from the start, to accompany the change rather than imposing it from above.

And in fact: the Milanese colleagues are impatient to start working in the new spaces!

We will be moving end of January and fully operational from mid-February. 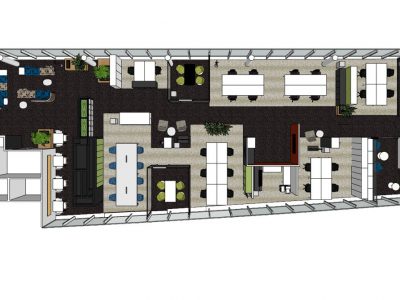 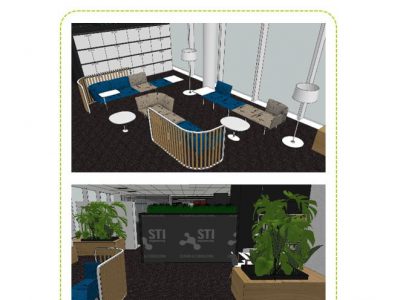 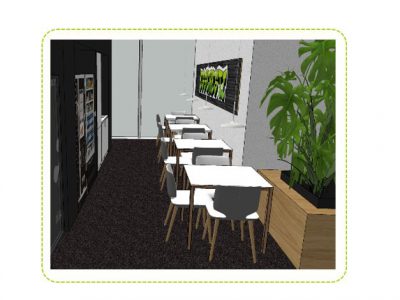 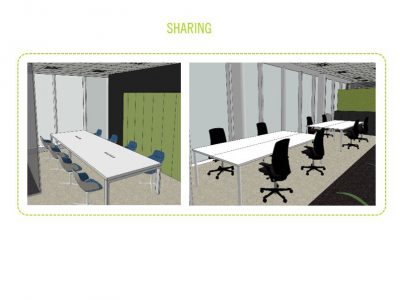 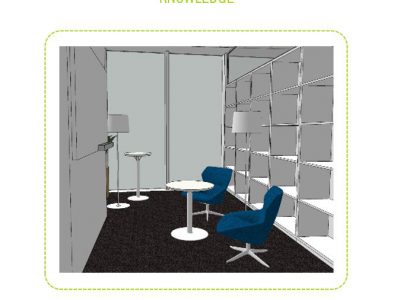 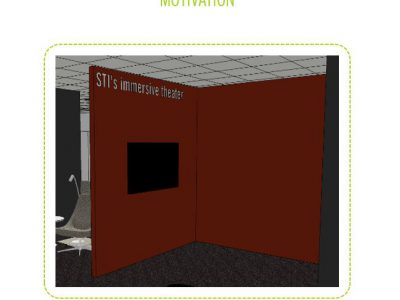 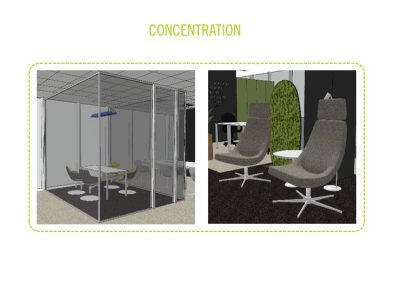